Dementia vs. Alzheimers Disease – What is the Difference? 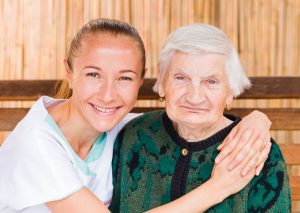 Two of the most common diseases that adversely affect memory and cognitive functions are those of dementia and Alzheimers disease. These two conditions are oftentimes used interchangeably due to the very similar effects that they cause. However, there are some key differences between the two that you should be aware of, especially if someone close to you has been diagnosed with one of these diseases.

This term basically refers to an umbrella of symptoms that tend to display themselves as memory loss. These symptoms generally affect thinking, memory and social abilities. There are a wide range of causes of this syndrome, including Alzheimer’s disease, Parkinson’s disease, and Huntington’s disease. Despite the fact that this condition is generally referred to as a syndrome instead of a disease, it can worsen with time, largely depending on the cause of the symptoms you face.

What is Alzheimer’s Disease?

Alzheimers disease is one of the common causes of the aforementioned syndrome, appearing in an average of 60 percent of cases. The main symptoms of Alzheimer’s include confusion, impaired thought, and impaired speech. There are a wide selection of tests that can be administered in order to determine whether or not you’re suffering from Alzheimer’s. These tests can also identify if the reason for some of your memory loss is due to the development of a separate condition.

Primary Differences Between These Two Diseases

The primary difference between Alzheimer’s and dementia is simply that dementia is the syndrome and Alzheimer’s disease can be the cause of that syndrome. Dementia is more so a set of symptoms that could indicate the presence of a wide range of conditions.

To better understand dementia, it could be compared to a sore throat or a runny nose. Either of these symptoms could be the sign of springtime allergies or a common cold that you’re suffering from. In the same way, the cause of dementia (the syndrome) could be Alzheimer’s or several other diseases.

It’s also important to understand that Alzheimer’s is not reversible, while some causes for the dementia have the ability to be reversed. Alzheimer’s is a degenerative disease that comes in the form of stages. The symptoms will worsen over time. People who are diagnosed with Alzheimer’s typically have 8-10 years to live.

In the early stages of Alzheimer’s, the symptoms may impact how a person lives their everyday life, but that person will still typically have the ability to lead an independent life.

Once the middle-stage is reached, the symptoms become more severe, oftentimes causing the affected person to become confused or even refuse to eat for a period of time. This is caused by damage to the nerve cells within the brain. This is the longest stage of Alzheimer’s and can last for a multitude of years.

Once Alzheimer’s disease reaches its late-stage, the person afflicted with the disease will require around-the-clock care and will display a severe degradation of cognitive and memory skills.

Alzheimer’s is one of the most severe causes of dementia. However, if the memory and cognitive issues that are experienced can be attributed to some other cause, it’s possible for the symptoms to be improved or reversed.

Causes of dementia are divided into three basic groups; those of progressive types, those that are simply linked to the syndrome, and those that are wholly reversible.

The conditions related to dementia that can be effectively reversed include infections, immune disorders, nutritional deficiencies, subdural hematomas, and even adverse reactions to medications. For instance, dehydration can cause some of the symptoms that appear with this syndrome. The most important thing for you to do if you suspect that yourself or someone close to you is suffering from one of these conditions is to actually seek medical care to identify what exactly you’re suffering from.

For those that have been diagnosed with dementia or Alzheimer’s disease, Maplewood of Sauk Prairie provides a wonderful center of hope.  Our facility offers amazing care including skilled nursing, memory care activities, physical therapy, social activities and a strong network of resources for the family.  Feel free to contact us at 608-643-3383 to speak with us about our Alzheimer’s and dementia programs.